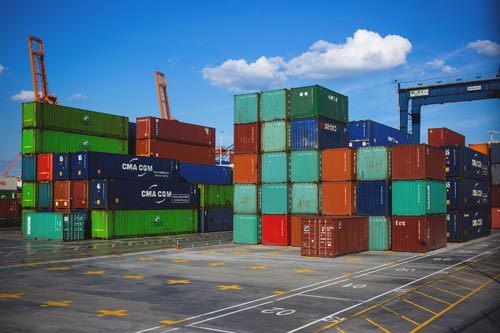 The UK is the ninth largest export economy in the world and third in Europe behind France and Germany. Britain’s share in the world’s total exports in 2015 was 2.79 percent, valued at US$460.5 billion according to The World Trade Organization.

The UK major export sectors for goods in 2015 include:

13.8 percent of all UK exports of goods was industrial machinery, making it the biggest major export sector for goods in the UK and accounting for $64.4 billion in export sales. Industrial machinery counts for nuclear reactors, boilers, machinery and mechanical appliances of which Britain exported mainly to the United States and China.

The world spent $50.2 billion in vehicle exports from the UK in 2015, making it the third largest export area for the country; 10.78 percent of all UK exports of goods. According to smmt.co.uk, ‘British manufacturers made more cars in 2015 than any year since 2005,’ with 77.5 percent of cars built in the UK exported in 2015. Europe accounted for 57.5 percent of all UK car exports.

The pharmaceuticals industry consistently proves to be a critical part of the success of Britain’s economy and is currently the fourth major export sector for goods in the UK, responsible for 7.68 percent of all UK export of goods around the world. According to Global Edge, pharmaceuticals accounted for $35.8 billion in USD value in 2015. The UK delivers pharmaceutical goods to countries including United States, Germany, France and Ireland. GlaxoSmithKline is the biggest institution of pharmaceutical exports from the UK.

The United Kingdom has large oil reserves and has a well-established international chain supply of the same. Britain’s exports of oil count for 7.2 percent of total exports from the UK in 2015 with a value of $50.9 billion in USD value. The biggest corporation exporting oil in the UK is BP Oil Inc.

Electronic equipment and machinery is one of the UK’s major export sectors, attributed to 6.15 percent of all export of goods valued at $28.6 billion USD. Equipment that comes under this umbrella includes sound recorders, television image and sound recorders and accessory articles thereof.

Aircraft and spacecraft and parts thereof are among the highest value of products exported from the UK in 2015, and make up for 3.98 percent of all UK exported goods. This lucrative export sector saw a massive 11,642 percent increase in export sales from 2011 to 2015, making the UK a net exporter of aircraft and spacecraft materials.

3.94 percent of all exports for goods from the UK were precision instruments, responsible for $18.3 billion in export sales in 2015. The largest corporation in this sector is UK company Smith & Nephew, contributing to the exporting of optical photographic and cinematographic equipment, medical or surgical instruments and apparatus to over 100 countries worldwide.

$12.9 billion in USD value of organic chemicals had been exported worldwide, the sector is responsible for 2.77 percent of all goods exported by the UK in 2015.

One of the major UK export sectors for goods that saw a healthy sales increase in 2015 is the food and drink industry. According to the Food and Drink Federation, total year to date exports in 2016 so far of food and non-alcoholic drinks reached $12.6 billion in value, a 10.2 percent increase when compared against the same period in the previous year, 2015.

The top ten food and non-alcoholic products were chocolate, salmon, cheese, wheat, soft drinks, beef, breakfast cereals, sweet biscuits, vegetables and sauces and condiments. The top markets of this area of major exports for goods included Ireland, France, the Netherlands and Germany—all countries that come under the top trading partners with the United Kingdom.