Home Feature Global-Britain in an Exclusive Interview with the Turkish British Chamber of Commerce:... 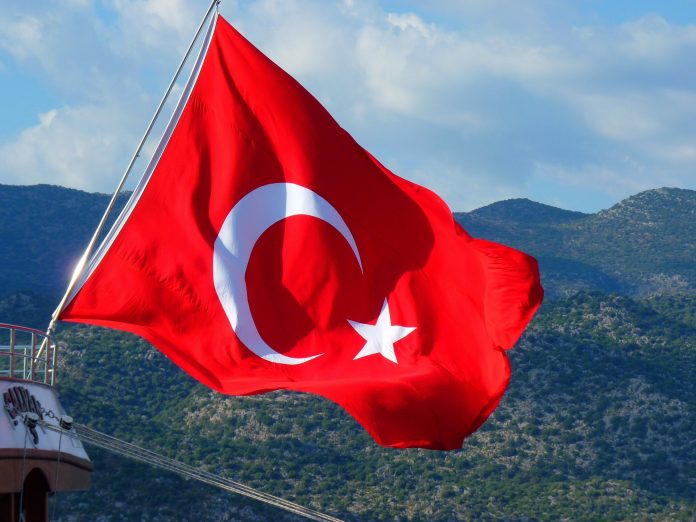 In an exclusive interview, Emma Edhem, Chairman of the Turkish British Chamber of Commerce and Industry, speaks with Global-Britain regarding the future of trade between the UK and Turkey. Read part two of the interview, here.

Global-Britain: In January’s meeting with Prime Minister Theresa May, President Recep Tayyip Erdoğan unveiled plans to boost annual trade with Britain from $15.6 billion, to $20 billion per year. What are the implications of a future trading relationship between the UK and Turkey across trade, defence and energy?

If you add to this the favourable regulatory background and benefits for UK businesses exporting to Turkey, you will share my confidence in realising these targets set by President Recep Tayyip Erdoğan and Prime Minister Theresa May.

The implications of this future cooperation are clear; the UK and Turkey have the complementary markets, skills and expertise, to enable further progress across trade, defence and energy.

Global-Britian: Turkey’s defence and aerospace exports have almost doubled since the government’s nationalizing of weapon systems in 2011, rising from $883 million, to $1.68 billion last year. In January 2017, Britain agreed a £100m defence deal to help develop fighter jets for the Turkish air force. Could you please outline the implications of the new deal and how the agreements mark the start of a new deeper trading relationship between the UK and Turkey?

Emma Edhem: I am pleased to report that on 26 April 2017, it was confirmed that Rolls-Royce, member of our Chamber, TBCCI, and Kale Group in Turkey, have announced the formation of a joint venture company to target aero engine opportunities in Turkey. Kale Group will own 51 per cent and Rolls-Royce 49 per cent of the joint venture, which aims to develop aircraft engines for Turkey, initially targeting the TF-X National Fighter Jet Project. This will be one more example of projects marking a new, deeper trading relationship between the UK and Turkey.

The Rolls-Royce-Kale JV is the industry response to a customer requirement to design, develop, test and produce a new latest generation turbofan engine in Turkey for Turkish Armed Forces and then export from Turkey to its external customers. This is the first time this is being done in Turkey. It is the ambition of this JV that it would be an industrial structure from which many other power plants could be developed. The Government to Government agreements and the JV are marking the beginning of new partnerships, based on knowledge transfer and the co-development of new technology and manufacturing capability with Turkish industry.

Global-Britain: Turkey’s financial services have gone through a radical overhaul since the financial crisis of 2001, with its banking industry being considerably healthier than many of its European counterparts. Could you describe some of the opportunities for British companies across the retail financial services industry?

Emma Edhem: In addition to standard financial services markets in Turkey, one significant opportunity for British companies is the Turkish insurance sector. The Insurance penetration in Turkey is lower than the global average and is open to growth.

A study by the London Market Group shows that the London (re)insurance market remains the largest global centre for commercial and specialist risks, controlling more than US$91bn of premium in 2015.

With its knowledge, expertise, brand and reputation—the London (re)insurance market is perfectly positioned to offer new insurance products in Turkey, mitigating emerging risks and stimulating Turkey’s economic growth. The London insurance market can use its existing knowledge to raise awareness of insurance products amongst their Turkish counterparts and further grow the (re)insurance support it provides for Turkish businesses.

Global-Britain: Turkey has a pro-foreign investment regime, supported by many incentive schemes to encourage inward investment, and these programs include the national plan for tourism, which offers strong opportunities for UK businesses. Could you please outline some of the government guarantees, incentives and project supports that are in place to help facilitate the entrance of UK companies which will further deepen the trading relationship between the UK and Turkey?

Emma Edhem: There are many infrastructure advancements; new and highly-developed technological infrastructure in transportation, telecommunications and energy, well-developed and low-cost sea transport facilities, railway transport advantage to Central and Eastern Europe, and well-established transportation routes, with direct delivery mechanism to most of the EU countries.

Corporate Income Tax has been reduced from 33 percent to 20 percent.

Tax benefits and incentives have been introduced in Technology Development Zones, Industrial Zones and Free Zones, including total or partial exemption from Corporate Income Tax, a grant on employer’s social security share, as well as land allocation. Further incentives relate to R&D and Innovation Support Law, as well as strategic investments, large-scale investments and regional investments.

Global-Britian: Could you outline some of the opportunities for UK companies, across a variety of key sectors including, airports, environment and water, education and training, financial services and ports?

Global-Britain: Please outline some of the structural changes and reforms that have taken place in Turkey’s banking, capital markets, retail & telecommunications sectors, which serve to increase flows of FDI from global multinationals. Which would be particularly favourable for British companies considering doing business in Turkey?

Emma Edhem: In compliance with the law enacted in 2012 and subsequent Communiques—investment firms, banks and other capital market institutions, revised their transaction processes and restructured their associated divisions, where investment services and activities are being performed. Investment services and activities were redefined with new regulations that enable Turkey capital markets to be in accordance with international standards, transparent and attractive to investors.

Full adoption of BASEL III criteria can be considered as one of the most important reform for banking in Turkey. The new “inter-connectedness” approach of the Basel III, “counter-cyclical” buffers have helped Turkish banks to strengthen their capital bases.

BRSA legislation on updating accounting procedures in line with IFRS-9 norms is another banking sector reform in progress. Banks must comply with IFRS-9 guidelines by January 2018. Currently the Turkish banking system has excess buffers and a high specific provision level. Compliance with IFRS-9 will diminish the burden on the sector, further supporting profitability.

Draft communiqué on securitisation could be a major capital market reform. Bundling of banking sector assets, including: mortgages and SME and project finance loans, into securities will provide safe alternatives for the diversification of funding, and additional liquidity to the banking system.

Establishment of Turkey Wealth Fund will allow the state to tap debt markets attracting more capital into Turkey. Financing through a variety of instruments orchestrated strategically from a central governing body will lower cost of financing and provide a better functioning market.

In addition, since the announcement of the new Banking Law in November 2005, the supervision and the monitoring activities of the authority on Turkish Banks has increased. Banks’ capital ratios are required to be well above the international banking standards. In December 2016, the European Commission acknowledged that the regulatory and supervisory framework of the Turkey’s banking sector is equivalent to the European Union legislation in terms of the EU Regulation on Prudential Requirements for Credit Institutions and Investment Firms.

Turkey is the one of the biggest reformers among OECD countries in terms of its restrictions on FDI since 1997. It is a business-friendly environment with an average of six and a half days to set up a company, while the average in OECD members is more than 15 days (World Bank Doing Business Report 2016).

Other features that make Turkey an investment attractive market could be summarized as the highly competitive investment conditions, strong industrial and service culture, equal treatment for all investors (irrespective of nationality), around 46,800 companies with international capital in 2015, international arbitration and guarantee of transfers.

Progress in regulatory reform in the telecommunication sector has been substantial. Turkey has made great strides in 2000, by the establishment of the Telecommunication Authority as an independent regulatory body and the adoption of new modalities concerning the privatization of Turk Telecom. As 3 market forces could play the main role, the sector developed itself significantly. Competition in the mobile telephone communication sector has already proved to be beneficial for the consumers with lower prices and new services.

Global-Britain: Turkey’s energy sector requires more than USD 130 billion of investment by 2023, with a demand for energy increasing 6 to 8% annually, supported by the country’s plans to reform energy production to meet increasing demand—setting a target for the share of renewable energy to reach 30% of total energy consumption by 2023. Could you outline some of the opportunities in Turkey’s energy space for British companies that would enhance a future trading relationship between the UK and Turkey?

Emma Edhem: Turkey is an important energy terminal and corridor in Europe, connecting the East and the West, located at a close proximity of more than 70 percent of the world’s proven primary energy reserves. While the largest energy consumer, which is Europe, is located to the west of Turkey, making the country a linchpin in energy transit and a leading energy terminal in the region.

Turkey is an important energy transit country and aims to become a European energy transit hub. Turkey has the capacity to transport 121 million tonnes of oil to the world markets per year, typically from the Middle East and Caspian to EU markets. This is roughly 3 percent of annual global oil consumption.

There are plans to increase the country’s energy capacity with new pipelines and the opening of a Southern Gas Corridor for Caspian and the Middle East, which would also allow for gas exports to reach the EU. BP and Shell are major energy companies also operating in Turkey. Certainly, the planned increase in Turkey’s energy capacity would strengthen the cooperation between the UK and Turkey in the future.

Read Part One of this Exclusive Interview, here: EXCLUSIVE INTERVIEW WITH THE TURKISH BRITISH CHAMBER OF COMMERCE: PART ONE