Home Feature Exclusive Interview with the Turkish British Chamber of Commerce: Part One 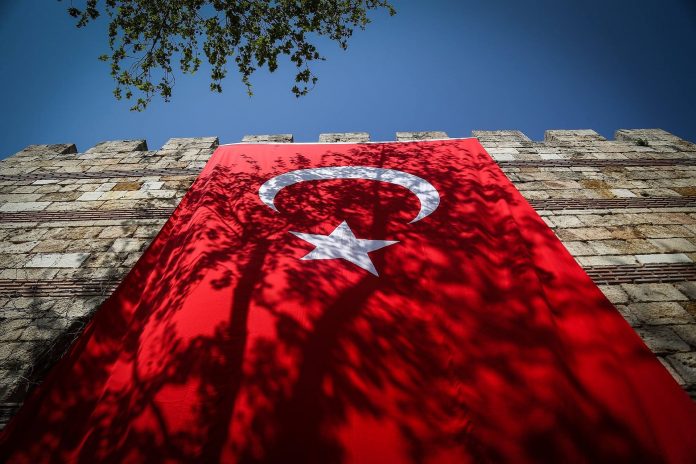 In an exclusive interview, Emma Edhem, Chairman of the Turkish British Chamber of Commerce and Industry, speaks with Global-Britain regarding the future of trade between the UK and Turkey.

Global-Britain: Turkey is a large, rapidly developing country, and its existing Customs Union with the EU offers strong opportunities for UK companies across a broad range of sectors, with over 2,500 UK companies currently operating in Turkey, including several retail giants, telecommunications carriers and high street names. Please outline, from the perspective of the Turkish British Chamber of Commerce some of the benefits for UK businesses exporting to Turkey?

Emma Edhem: There are many benefits for UK businesses exporting to Turkey. The main one being, Turkey’s strong and developing economy, which is currently the world’s 18th and Europe’s 6th largest economy. Turkey is aiming to be among the world’s top 10 largest economies by 2023.

Another important feature that makes Turkey attractive for UK exporters is its large domestic market. Turkey has a population of nearly 80 million people, and it is the youngest and fastest growing population in Europe. Half the population is under the age of 31, and Turkish people are mostly European brand conscious and enjoy spending money on international brands and products as much as they do on local alternatives.

Furthermore, Turkey is determined to meet the EU regulatory standards with new initiatives and implementations and make the Turkish market a much more familiar environment for the UK and EU businesses. One such example is the relatively new progressive commercial code (adopted in 2012) that has brought more transparency and accountability to the market. European business ethics and modern management practices are becoming increasingly standard for the corporate culture as well.

Turkey has a hardworking qualified labour force that is growing steadily with the addition of nearly 700,000 graduates per year.

It is relatively easy to start a business in Turkey, which on average takes only about 6.5 days for company set ups.

Due to the Customs Union, exporting to Turkey is quite straightforward; documentation processes for UK exporters is simple.

And more importantly with the exception of food products, coal and steel, all exports to Turkey have zero rated customs duty in Turkey.

I would add – Geographically and culturally, Turkey is a gateway to the markets of Central Asia, south Caucasus and the Middle East.

Finally, one should also note that British services and products are in high esteem in Turkey. There is increasing use of English for business, which removes the language barrier issues for British companies. Practically all UK products have marketing possibilities in Turkey.

Global-Britain: Since the UK’s vote to leave the EU, could you provide an understanding of any interesting developments between the UK and Turkey, in terms of shoring up a favourable future trade agreement? And what is the possible shape of the UK’s future trade pact with Turkey?

Emma Edhem: Since the UK’s vote to leave the EU, economic departments of both governments have begun working on a constructive future trade agreement. The economy and finance ministries have established official platforms for setting up this framework, and intergovernmental talks are already underway.

As previously mentioned, bilateral trade between the UK and Turkey is regulated by the Customs Union. With three exceptions, namely Food products, Coal and Steel, there is no tariff nor customs duty, on any product traded between the two counties. When the UK leaves the EU, the two countries will evaluate if they can remove these exceptions to expand the current range of bilateral trade. This is one opportunity. There will be various other sectors where business can develop even further after the UK leaves the union.

The TBCCI has responded to the Brexit outcome without delay by forming the TBCCI Brexit committee, composed of individuals providing the experience of government, business, finance and a variety of organisations that support British-Turkish relations. The aim of the committee is to represent, with authority, the interests of Turkish and British businesses to both governments and to assist in re-building bridges between Turkish and British stakeholders.

However, beyond this, it is currently difficult to provide further details on the possible shape of the UK’s future trade pact with Turkey until negotiations are properly underway and advanced. As a voice of Turkish and British businesses we encourage continued feedback from stakeholders throughout the process to help us in driving a proper, living, breathing deal that will benefit the intended recipients.

Global-Britain: How should an exporter approach the market? What advice would the Turkish British Chamber of Commerce offer on the start-up, tax, customs and legal considerations; and what should a British company be aware of in terms of the regulatory framework?

Emma Edhem: Firstly, the exporter should get the relevant market and regulatory information on the Turkish market. The TBCCI for one is always pleased to offer this guidance. The exporter should also attend trade shows, exhibitions, networking and themed events to create awareness and build a target audience for their products and services.

The exporters should consider advertising and expert consultancy for a marketing strategy to establish contact with customers and make available marketing and sales portfolios both in English and Turkish. They should pay attention to local regulations, tastes and cultural preferences. The exporter is advised to use professionals who are local sector experts such as lawyers, to get regulatory advice, company financial and due diligence reports, and advice on trade marks. Again, with our strong membership base composed of companies covering all these services both in the UK and Turkey, the TBCC is always ready to offer our support to exporters.

Global-Britain: What are the challenges associated with doing business in Turkey, according to the Turkish British Chamber of Commerce, and what risks should a British company be aware of, and how can those risks be carefully managed?

Emma Edhem: Because of the Customs Union with the EU, UK companies do not experience the same obstacles they may face in other high growth markets. There may still be certain challenges when doing business in or with Turkey, such as regulatory issues, bureaucracy, and changes to legislation and regulations.

However, steps have been taken to overcome these challenges. The Investment Support and Promotion Agency of Turkey (ISPAT), also known as “Invest in Turkey” that came into force in 2006, has been a major player in this respect. They offer consulting, coordination, business facilitation and site selection support services; and assist foreign businesses with their investment delegation visits, project launches and finding partnerships.

Also, the Turkish Foreign Direct Investment Law that has been in rule since 2003 has been very favourable for foreign companies doing businesses in Turkey.  While there are still some investment processes that are not yet as up to speed, as a result of this law, foreign companies could easily invest in Turkey, just like their Turkish counterparts, without being subject to any special regulations or permits.

One thing that might be considered as disadvantageous is the relatively high energy prices in Turkey. However, as discussed earlier, the Turkish government has a clear target for 2023, by which year, Turkey is planning to have 30% of its electricity power from renewable energy and realise its nuclear energy projects to reduce the country’s external energy dependency, which will secure supply and decrease energy costs.

There are some responsibilities for the exporter as well. The exporter needs to demonstrate a commitment to the market, by having a visible presence in the country, or through building and maintaining strong relationships. And It may be necessary to make regular market visits to fulfil Turkish requirements

To manage these challenges, the first step for the exporter is to get the relevant market and regulatory information and use professional services to access and update that information. Our Chamber, the TBCCI, can help exporters by providing guidance for this purpose.

Global-Britain: Turkey and the United Kingdom have strong bilateral relations, and after Germany, the UK is the second biggest importer of Turkish goods, representing 8% of Turkey’s total exports. Could the Turkish British Chamber of Commerce outline which sectors are particularly important for Turkish companies exporting to the UK, and how these figures are expected to mature in the medium-term?

Emma Edhem: Sectors that are particularly important for Turkish companies exporting to the UK are numerous. To name but a few: textile, machinery, food & beverage, electronics, white goods, vehicles, parts, articles of iron and steel. The volume of Turkish exports to the UK is expected to increase in the medium-term.

Global-Britain: Could you describe some of the economic reforms, which in recent years have opened-up the Turkish market and reduced government controls over foreign trade, investment and privatization, and why these changes have been favourable to foreign investors?

The Turkish Foreign Direct Investment Law has opened-up the Turkish market for foreign investors, putting in place freedom from Nationality discrimination to invest, measures against expropriation and nationalization, and improves international arbitration, employment of expats, free transfer of funds and access to real estate.

Turkey has been cited as the country to realise the fastest transparency to foreign investment among OECD members between 2003 and 2016.

Global-Britain: The Turkish economy is predicted to be the second fastest growing economy in the world by 2018, and Turkey’s status as an EU accession candidate country benefits from a free trade agreement with the EU. What else makes Turkey an attractive investment destination for British companies according to the Turkish British Chamber of Commerce?

Read Part Two of this exclusive interview here: GLOBAL-BRITAIN IN AN EXCLUSIVE INTERVIEW WITH THE TURKISH BRITISH CHAMBER OF COMMERCE: PART TWO 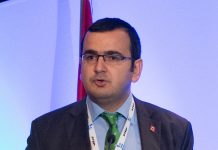