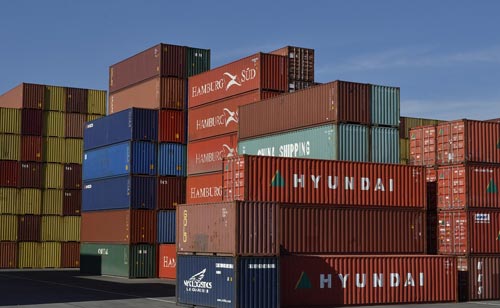 The UK major import sectors for goods in 2015 included vehicles, oil and pharmaceuticals, industries that have consistently remained high in the list over the last decade. In 2015 all of the United Kingdom’s imported goods amounted to a total of $629.7 billion in US dollar value. Britain’s imports counted for a 3.3 percent share of the world’s total imports which, combined, came to $18.729 trillion USD.

The UK’s major import sectors for goods in 2015 were as follows:

Machinery and equipment thereof was the UK’s major import sector for goods in 2015, with the country spending $83.4 billion; 13.3 percent of Britain’s total imports. $14.9 billion of this sector’s share was imported from the United States, with materials including turbojets, computers and parts thereof, printing machinery and taps, valves and similar appliances.

Not only a major export sector within the UK, vehicles are the second largest import sector for goods in the United Kingdom at 12.3 percent of the UK’s total imports. In 2015, Britain imported $76.8 billion in vehicles—$47.8 billion of which were cars. Interestingly, the UK imported vehicles at a total of $31 billion from Germany.

The UK’s expenditure on its third largest import sector, electrical equipment, in 2015 was $61 billion; 9.7 percent of all UK imports in that year. The country imported most of these materials from China and the Netherlands.

While the UK has its own large oil reserve, it is a net importer of oil, with most of the product being imported from its neighbour, Norway. In 2015, the UK’s expenditure on its fourth largest major import sector for goods in 2015 was $50.8 billion (8.1 percent of total UK imports)—$16.1 billion of $18.8 billion in imports that came from Norway.

5.3 percent of all UK imports in 2015 were pharmaceuticals; the fifth largest import sector in the UK. Total expenditure in this sector came to$33.1 billion. The UK’s main market for pharmaceutical goods come from countries including Ireland, whose major export company is Medtronic Ireland, Belgium and the Netherlands.

The UK’s seventh major import sector for goods in 2015 was medical and technical equipment. Britain’s expenditure of these goods totalled at $18.2 billion, a 2.9 percent share of all imported goods. The UK imported these goods from countries including Germany, the United States and the Netherlands.

The UK is a net importer of plastics. With a 2.8 percent share of UK imports in 2017, and an expenditure of $17.7 billion, plastics contribute to building and technical materials and clothing. The biggest markets for plastic imports in 2015 were Germany and China, with the UK spending $3.6 billion and $1.8 billion in materials respectively.

According to the House of Commons Library, the UK has a ‘17 percent global market share in aerospace industry revenues, making it the largest in Europe and second only to the US worldwide.’ The UK imported $15.6 billion in aircraft and spacecraft materials in 2015, $4.3 billion less than it exported in the same year.

Clothing is the 10th largest major import sector for goods in the UK as of 2015; 1.8 percent share of total imported goods in the UK and a total of $11.3 billion in expenditure. This number excludes knitted or crocheted clothing. The biggest import market for clothing was China, with the UK buying $2.7 billion in non- knit or crochet clothing goods from the country.

59.1 percent of the UK’s total imports in 2015 were sourced from other European union countries, with 14.8 percent, one quarter of the total imported from Germany. 22.7 percent of our imports came from Asian countries and 11.6 percent from North America.