In 2015, Britain’s total imports of services amounted to £137.7 billion, according to the Office of National Statistics. The UK’s largest sectors for import of services were travel, business services and transport; with the UK debited at £41.4 billion, £40 billion and £21.7 billion respectively.

The UK’s largest sectors for import of services in 2015 were as follows:

In 2015, the largest import sector for services within the UK was travel. Britain was a net importer of travel services having imported £41.4 billion in services in 2015; 30.1 percent of total imported goods for the same year. The UK’s largest source for travel imports was from Spain with the UK’s debit to the country being £7.3 billion. The United States was second largest, with the UK importing £5.2 billion in travel services in 2015.

The import of transport services into Britain counted for 15.8 percent share of total UK imports in 2015. The world spent £21.7 billion in travel services, with the largest source for such being France, who exported £3.4 billion into the UK in the same year.

Telecommunications, computer and information services counted for the fourth largest import sector for services in the UK in 2015. The UK’s largest source for telecommunications, computer and information services in 2015 was Switzerland—one of the largest trading partners of the UK—who exported £1.2 billion in services to Britain. This sector was responsible for a 6.7 percent share of total imports.

Intellectual property is anything from designs to inventions that can be patented, copyrighted or trademarked and the services of such imported into the United Kingdom made it the sixth largest import sector for services in 2015; a 5.9 percent share of total services imported in the same year. The United States was the largest source for intellectual property, with the UK importing £2.9 billion in services. This amounted to more in capital than the entire European Union states combined, of which the United Kingdom imported £2.1 billion in services of the same, collectively.

The seventh largest import sector for services in the United Kingdom is the personal, cultural and recreational services sector. The sector ranges from the educational sector, to arts, heritage and health services. The sector is responsible for 2.3 percent of all UK import of services, with an expenditure of £3.2 billion in 2015, the largest single source of such services being the United States.

In 2015, manufacturing services was the UK’s 10th largest import sector for services with a share of 0.4 percent of the total services imported. The UK only spent £536 million on these services, however, highlighting the decline in functional need for the service in current day Britain. 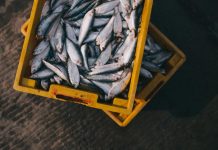 The Shape of UK Fisheries Post-Brexit 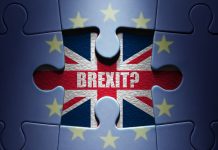