The age of automation technology has fully arrived—and it does not intend to slow down. As scientists and researchers develop machines with growing cognitive abilities (where machines can learn and build on their existing knowledge independent of human programming), along with their tremendous power to perform activities that are more accurate and efficient than humans, it is inevitable that automation technologies will be an integral asset to the workplace.

A 2013 study by Oxford University professors Carl Benedikt Frey and Michael Osbourne examined the probability of automation of 702 current occupations in America. The study showed that the particular jobs facing the ‘threat’ of automation included those in transport, office administration, occupations in manufacturing (particularly those with predictable physical activities including welding on an assembly line, food preparation or packaging), and some customer facing roles (such as cashiers). A subsequent study in the UK showed that 35 percent of the workforce in Britain could be replaced with automation (where more people who work in creative fields are less susceptible to automation).

The major concerning fear of automation technologies, is this: the mass loss of jobs.

Warren G. Bennis, an American scholar, said ‘The factory of the future will have only two employees, a man and a dog. The man will be there to feed the dog. The dog will be there to keep the man from touching the equipment’.

Lead researcher at Gigaom Research Stowe Boyd, mirrored this sentiment; ‘The central question of 2025 will be: What are people for in a world that does not need their labor, and where only a minority are needed to guide the ‘bot based economy?’

This fear is not new and can be dated back to the Industrial Revolution when factory workers felt that the invention of machines were taking labour work from the poor. A pamphlet written by the Luddites at the time claimed, ‘Never until now did human invention devise such expedients for dispensing with the labour of the poor’. What actually happened, is that when machines took on tasks in the textiles and weaving processes, workers were pushed to focus on that which the machines could not do, such as operating the machines and ensuring their smooth running.

A more recent example is when ATM’s began popping up in America in the eighties, and workers feared that their jobs would become obsolete, seeing them out of work. Instead, the cost of running the bank where the ATM was placed became lower, which meant they were able to open more branches across the nation in response to customer demand and more jobs were created.

Generally speaking, the implementation of automation provides opportunities of prosperity and growth in both the economy and on an individual basis. According to McKinsey Global Insights, the potential impact of automation in business will sit at a global cost of $5-7 trillion USD by 2025. An example of the positive impact of automation technologies is in the case of Dubai’s newly designed self-flying taxi. While the vehicle doesn’t need a driver, it needs a force behind it to program, manufacture and build it. Sheikh Mohammad, VP and prime minister of the UAE, said of the project, ‘The strategy is projected to generate economic revenues and savings of up to Dh22 billion a year.’ He continued that the implementation of these new driverless vehicles will increase individual productivity by 13 percent by saving some 396 millions of hours wasted on driving each year.

Automation technologies actively free-up human time to focus their attention on other aspects of their jobs that algorithms and technology cannot replace. To keep up with the increased level of productivity of automation technologies, organizations would actually need to grow their human workforce. McKinsey reports that automation could increase productivity growth globally from 0.8 percent to 1.4 percent annually.

Around half of all occupations can be automated

Automation is now “blind to the colour of your collar”, said Jerry Kaplan, a Stanford academic and author. Whether automation technologies should be implemented in the workplace is less a question of whether the work or activities concerned are high or low skill, it’s one of whether they are routine or not. Some high-skill white collar occupations including some routine cognitive work such as oncology and radiology, can be better and more accurately performed by automation technologies.

Arts or skilled occupations, however, are unlikely to be hugely automated in the future. For example, replacing a teacher with automation technology in the classroom would have negative psychological implications on the way children develop their emotional interactions with others. Besides this, there are technical and financial feasibilities to consider, which may see CEO’s deciding to ‘stay human’ as a cost-effective alternative to automation technology.

As technology, innovation and inventions progress, the largest tech spots around the globe, including London and Los Angeles (the birthplace of Microsoft and Apple), will expand exponentially. These cities will flourish as they rely on consistently evolving and cutting-edge technology that in turn create new opportunities. London is already Europe’s leading destination for technology and financial services, with investments in technology start-ups over the past five years amounting to $4.4 billion USD. Brexit has not deterred the position of investors in the capital either, with over $500 million already invested in the city’s tech businesses since the referendum in June 2016.

The social impact of automation technologies is simply one of restructuring and acclimatising to change. Technology redefines the original nature of an occupation. As history has shown, employment tends to increase faster in industries who use automation technologies and computers, speeding up one aspect of a job enabling employees to focus and develop on others. 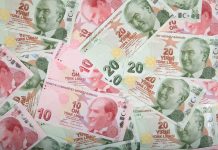 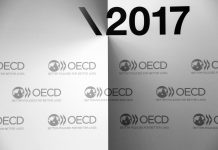