Home Feature The Challenges Facing the European Union in 2017 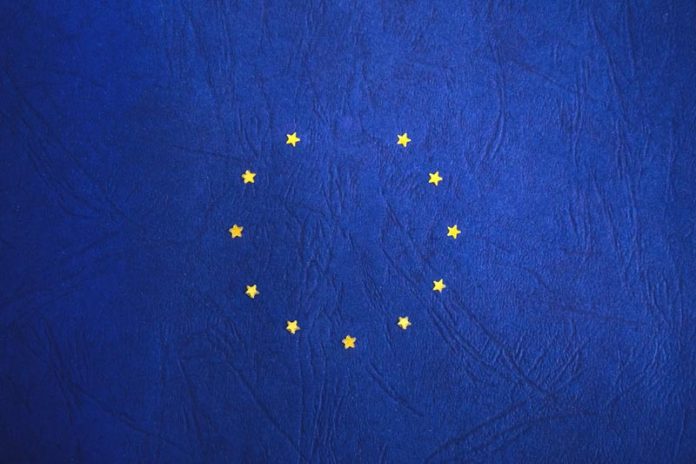 Many might see Brexit as the biggest challenge facing the European Union in 2017. While Brexit is right at the top of the list of challenges, it is more of a longer term issue for the EU. If the EU and the UK are sensible in the structure of the exit arrangements, neither will suffer economically; in fact, both may see benefits. The UK will see benefits by retaining most of its current trading arrangements particularly within the financial sector, whilst growing non-EU trading. The EU will benefit by retaining some financial stability and a costly trade war. There are, however, other, more immediate, challenges facing the European Union in 2017.

The more immediate challenges facing the European Union in 2017 are:

Greece is one of the challenges facing the European Union in 2017, and one that the EU has to address, rather than consistently pushing the can down the road. The IMF are now in the thick of things. They say that Greece has made considerable progress over the last few years and things have now stabilised and small growth may appear this year. But they also say that it faces fundamental challenges, with the vulnerable structure of their public finances; significant tax evasion; ineffective tax administration; impaired banking and private sector balance sheets; plus, its public debt remains highly unsustainable. They are not looking for more austerity; their view is that the authorities must deepen and accelerate the reforms and actually have less austerity. On debt relief, they are also very clear—Greece cannot grow out of their debt without substantial debt relief from the European Union. Will the European Union do this, even faced with the clear message that they must?

This will depend if they want the IMF to help with bailout funds. So far only the European Stability mechanism has been lending to Greece, however, Eurozone leaders had expected the IMF to come on board at some stage. Currently that is not going to happen, with the war of words between the IMF and Greece and the attitude of Germany during their election year. Without a compromise and a change in attitude, the IMF will not take part and the debt deal in its current form will be dead.

In theory, Greece has enough cash until July; however, this issue will need to be resolved before then. The key date will be the next meeting of Eurozone ministers on 20th February. This is a pivotal time for a compromise to be reached particularly as it comes just before the elections in Holland.

The Greek PM, Alexis Tsipas, has warned the IMF and the German Finance Minister, Wolfgang Schaeuble, to stop ‘playing with fire’. Calling on Chancellor Angela Merkel to end her Finance Minister’s permanent aggression towards Greece.

Even if a solution between the EU, IMF and Greece can be reached, Greece’s debt is so high that the only way a real long term solution will be found, is if the EU to provide a substantial debt reduction; which will mean they must leave the Euro under EU rules.

On the subject of Greece, they are not the only country that has massive unsustainable debt; while Greece have debt at 177 percent of their GDP; Italy and Portugal follow only a little behind with debts of 132 percent and 129 percent of GDP respectively.

The rise of populist parties seizing power in 2017 are large, and even if they do not, they may run close. This could destabilise the whole of Europe, particularly if a country in the Eurozone wants to leave it; or worse still, join the UK and want out of the EU totally.

The election in the Netherlands currently sees that the PVV (Party of Freedom) are leading the polls; this is a right-wing party that is Eurosceptic and advocates leaving the EU. While it’s unlikely they would win the election outright, they may be the largest party. Their issue then, would be who they could work with to form a government with the current Prime Minister Mark Rutte of the VVD (People’s Party for Freedom and Democracy), a liberal party refusing any form of cooperation. However, even if the possibility of the PVV forming a government are small, the political issue if they are the largest party is immense. It may mean that the new coalition government will have to take heed of the electorate and adapt their policies in relation to both the EU and the Eurozone which will have major ramifications across the EU. The election date is 15th March 2017.

Then there are the French elections, a battle that is impossible to call but currently seems to be the case that the winner will be the person who is deemed to be the ‘least corrupt.’

France has always had its corruption issues. In 2011, Jacques Chirac was given a two-year suspended sentence for misusing public funds and Alain Juppe, who was prime minister in the nineties, was convicted of a similar offence. Currently, former president Nicolas Sarkozy is set to go on trial for election financing irregularities.

Now, the candidate that was considered an almost certainty to win this election, Francois Fillon, has been accused of payments made to his wife from public funds. This may all turn out to be a storm in a teacup and he may still go on to win, however the polls are saying that this is not currently going to happen.

The polls are showing that Marine Le Pen is set to be in the run-off between either Emmanuel Macron, an independent, or Francois Fillon (if he stays in the race). Whichever of the two she faces, she is set to lose, but with a high percentage of the votes. France will be very brave to continue to ignore the views of its people that are against a more federal Europe.

While an election in Italy is only a possibility, as there does not need to be one until May 2018, a snap one could happen before that date. This is not the kind of election the EU would like to see happen with the country’s current anti-establishment feeling and where the right-wing five-star movement leads—or is close—to leading the polls.

Among the challenges facing the European Union is the issue of migration and refugees. It’s yet another major ongoing issue that has political ramifications across Europe. Not only is this a toxic election topic, but it is connected to certain EU countries questioning the EU’s freedom of movement policy.

In addition, the agreement in place with Turkey is far from assured with the EU being less than friendly to Turkey recently, adding to the list of challenges facing the European Union in 2017.

Read also: GROWING THE CITY OF LONDON AND WESTMINSTER POST-BREXIT